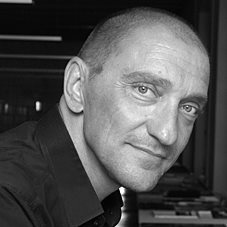 Architect and designer Rodolfo Dordoni was born in Milan, where he graduated in Architecture.

Tecno began its cooperation with the architect and designer Rodolfo Dordoni in 2011, with the interior design of the Milano Design Week 2011 and 2012. Also in 2011, he designed for Tecno the sofa system Pons D011.