The Museo Nacional Centro de Arte Reina Sofía in Madrid is one of the key centres of Spanish artistic heritage and a point of reference for international culture.

2005 saw the opening of an extension designed by architect Jean Nouvel in collaboration with Dolores Muñoz; the structure was to house several new galleries for temporary exhibitions, two permanent exhibition rooms, an auditorium, two conference rooms, a library spread over three levels, a cafeteria and a restaurant. The library, on the south side of the museum, is 14 metres high and spreads over several levels in the section to the front of the nineteenth century building.

Tecno were called upon to furnish the reading room in the library and the executive offices of the Centro de Arte Reina Sofía, installing more than 100 stations with tables from the Nomos system in black floorpan with chrome bases. 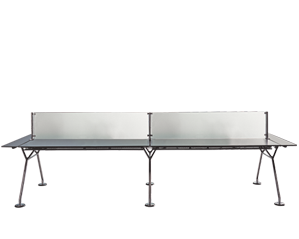 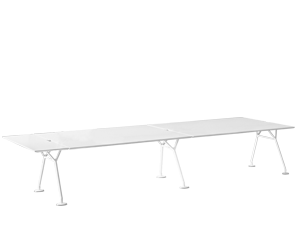