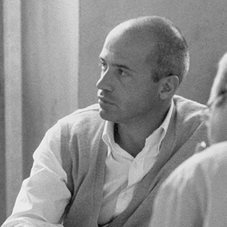 Architect Claudio Bellini started his cooperation with Tecno in 1998, by designing with his father Mario the extremely versatile working system Extra Dry.

Claudio Bellini lives and works in Milan, where he was born in 1963. In 1990 he graduated in Architecture and Industrial Design from the Politecnico di Milano. In 1987 he began working with Mario Bellini Associati, participating in projects on a world-wide scale, from architecture to industrial and furniture design. In the same period, he personally entered several national and international competitions. In 1997 he founded “Atelier Bellini”, an innovative industrial design practice; here he explored the relationship between new technologies and processes of research into aesthetics.