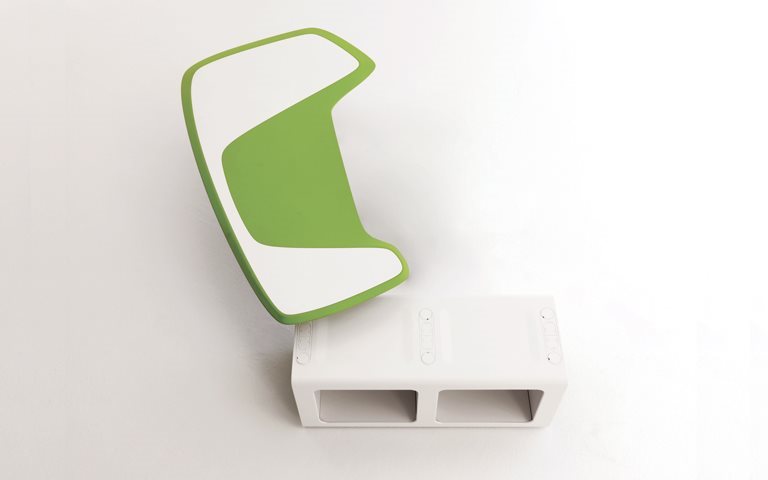 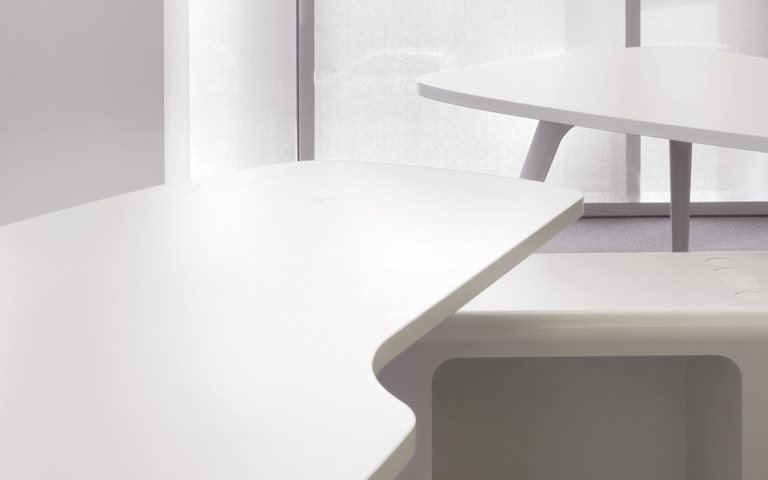 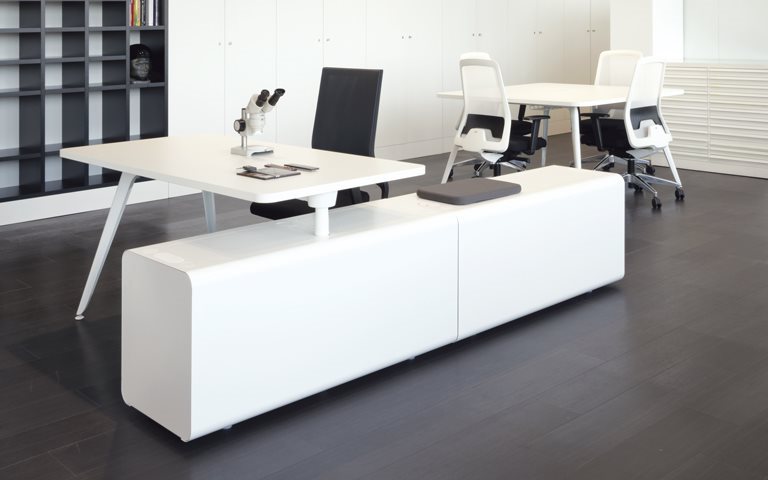 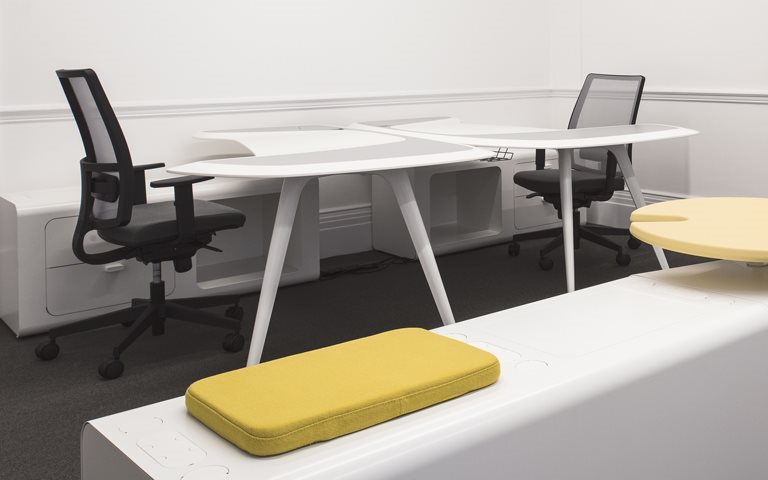 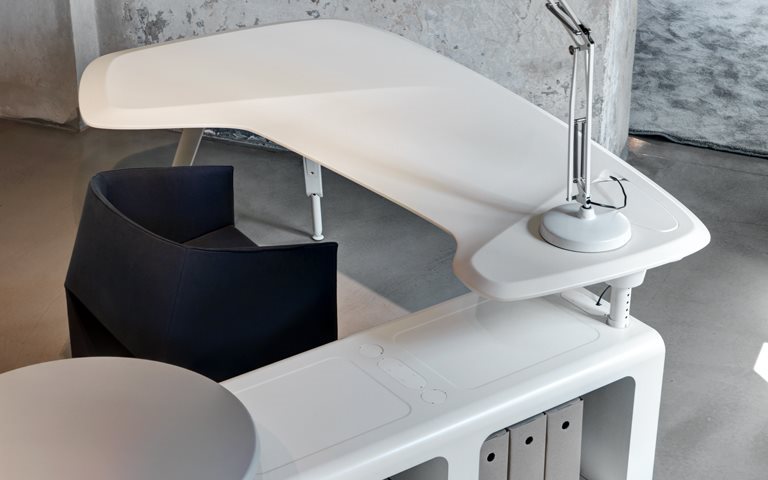 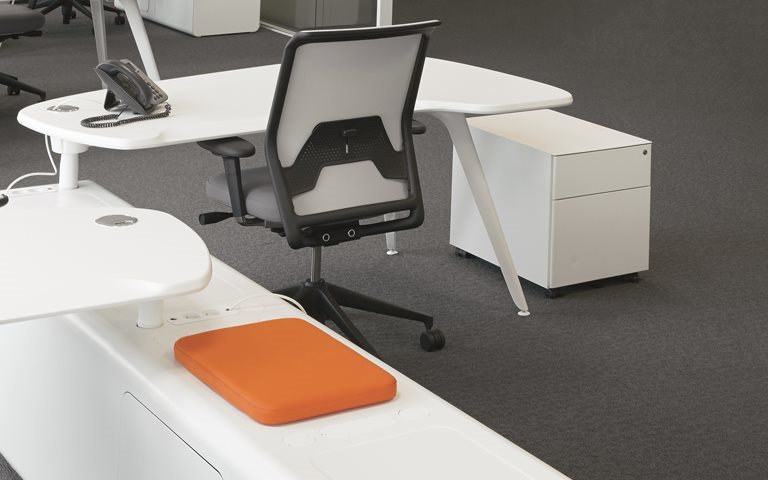 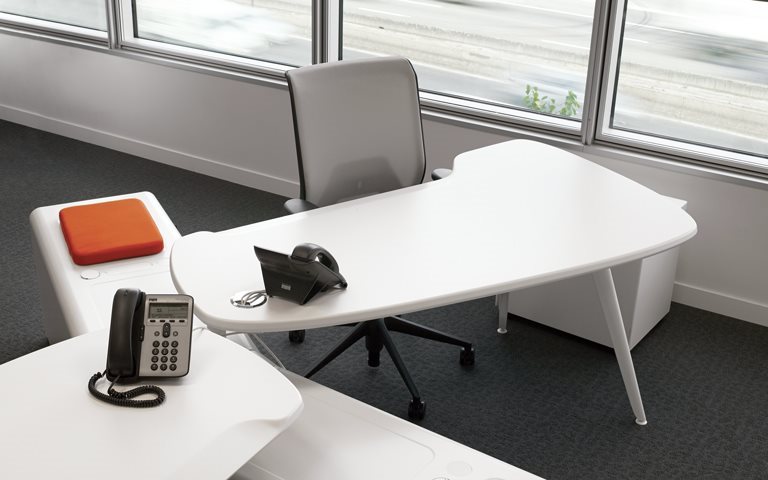 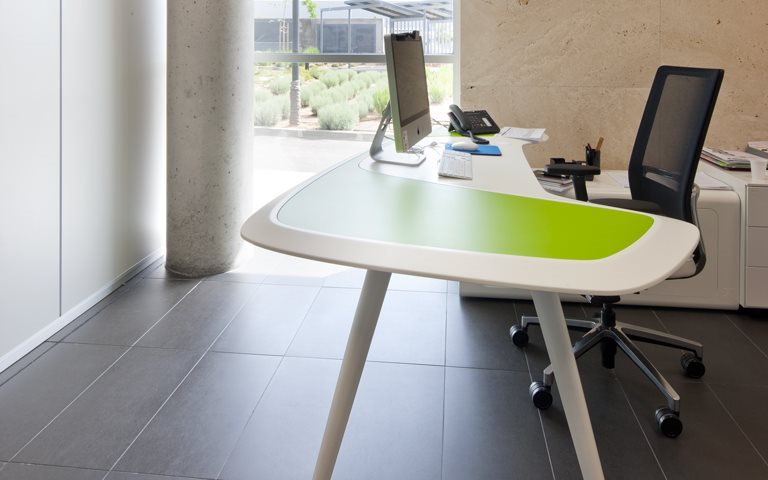 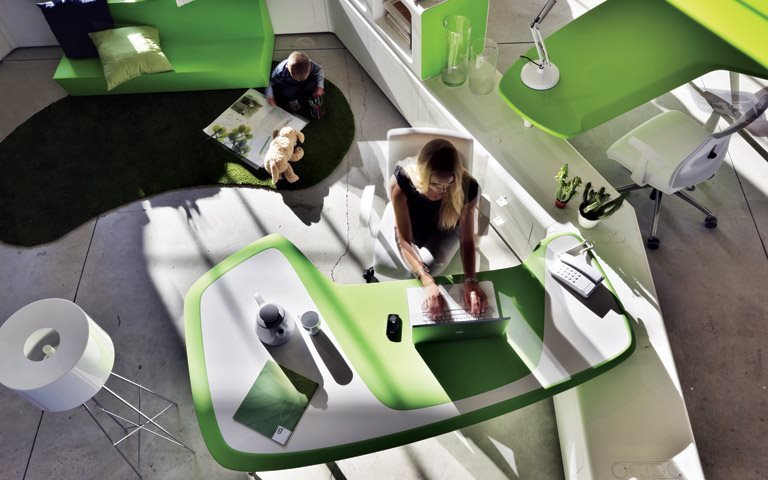 The organically styled workstation system, conceived to give new form to the workspace, adapts to the behaviour of its users and evolves over time.

Beta manages space differently with respect to a traditional office system, offering a surprising variety of layouts which favour the exchange of ideas and information without compromising the need for privacy. More than a mere rigid system, Beta is structured as an organism following a generative logic of space and can be equipped with io.T.

The design is based on 3 components: the backbone, desks and accessories create unlimited configuration options and a contemporary approach to usability.

Being a container, display and support for accessories with integrated cable routing, the backbone allows Beta to grow without limits relative to the size of the space, acting as the infrastructure which handles technological connections, thus doing away with the need for cavity ceilings and computer floors. As the number of elements increases, so too does the number of possible system configurations, from the most concentrated to the most organically shaped.

With a view to continual evolution, the free-standing and desk versions implement a horizontal organisation which is intentionally non-hierarchical. 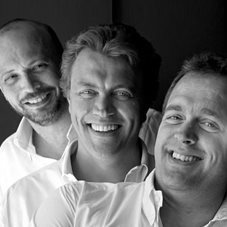 Products of the same series 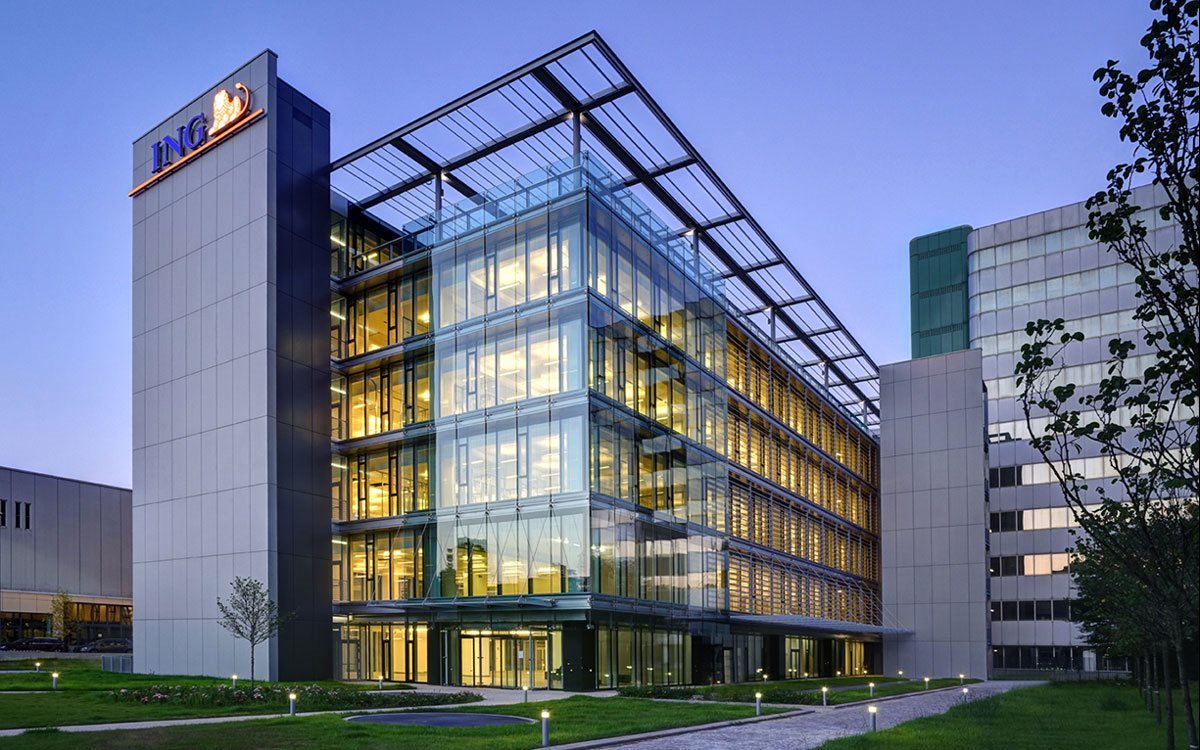 A polyvalent space organised according to principles of simplicity, transparency, accessibility and innovation. The layout, designed with the Beta system of desks, gives new form to the space and adapts to the needs of both teams and individuals. 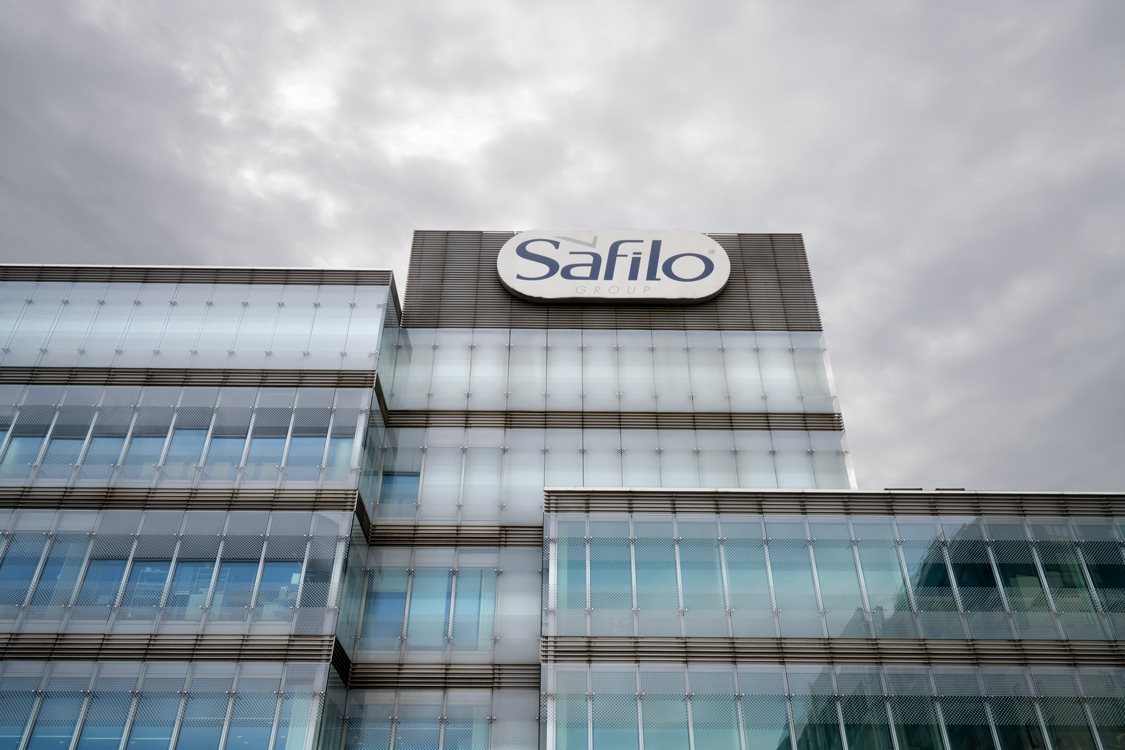 Today, Safilo's offices in Italy and America are welcoming new ways of working that are flexible, dynamic and strongly oriented towards group interaction. 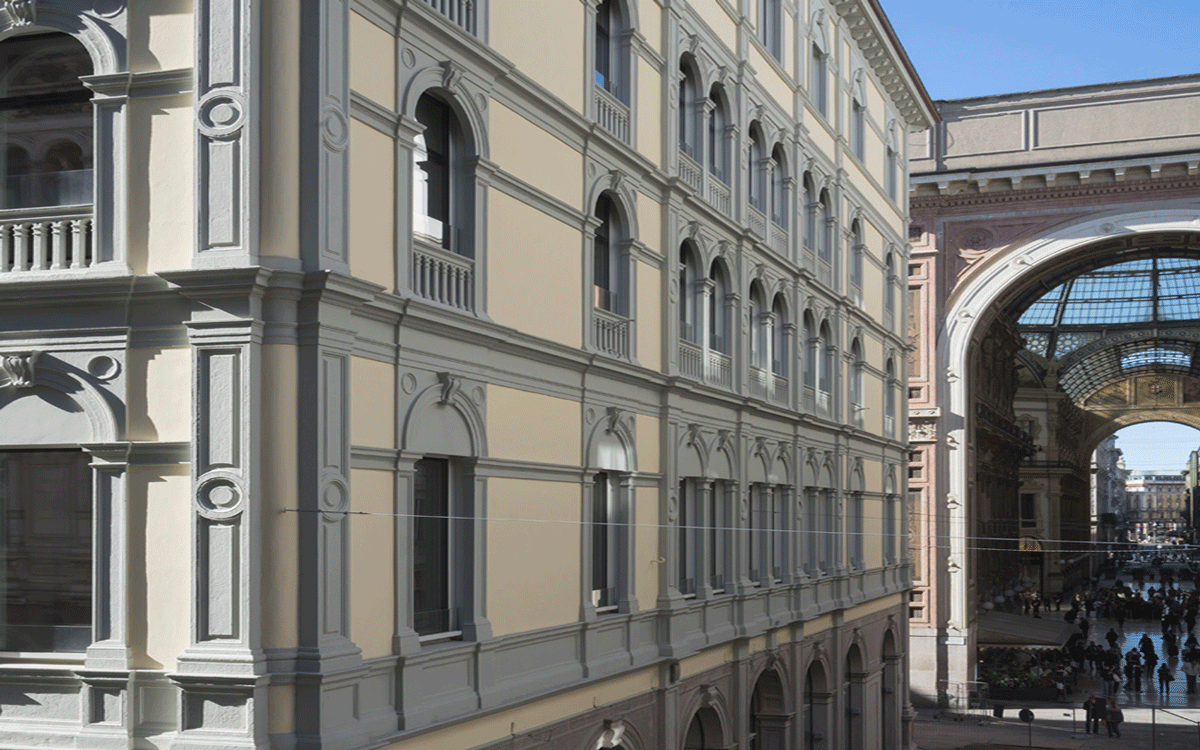 Furla chooses the historic Palazzo Ricordi as its new headquarter in Milan. 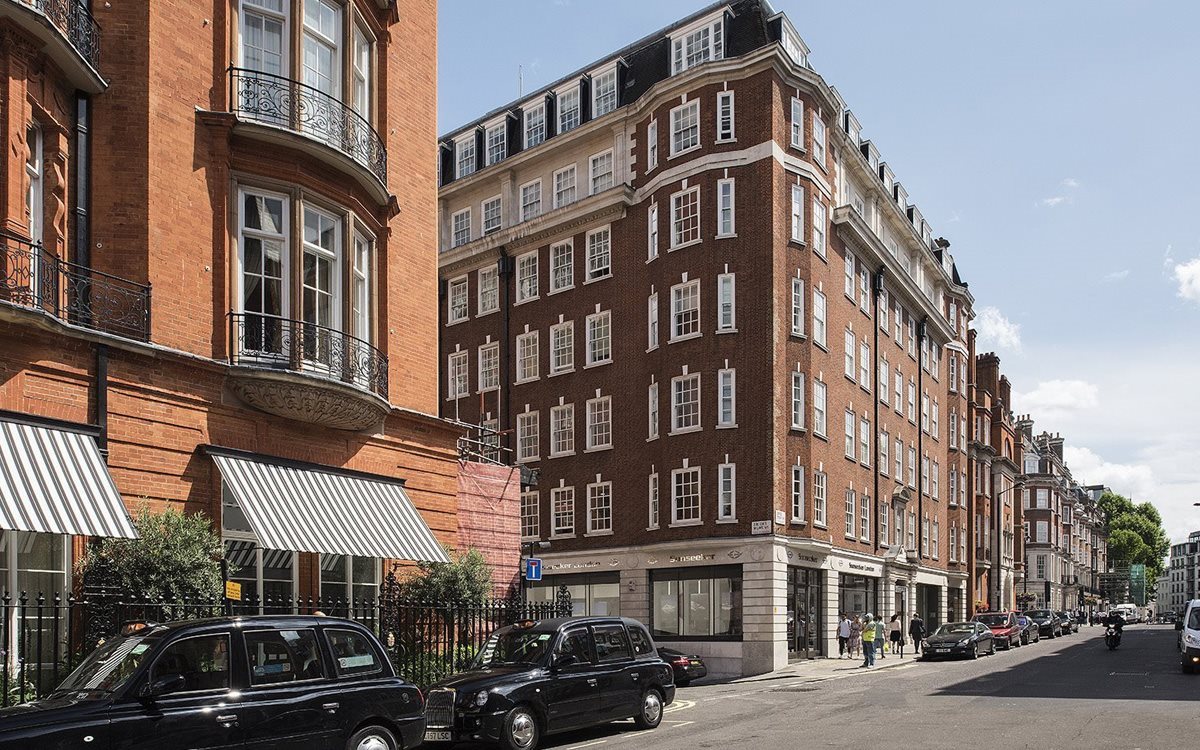 A well-known leading company in the energy, technology and engineering sectors, with more than thirty offices all over the world and over 4,000 operators, chooses Mayfair, one of the most exclusive districts in London, for its headquarter. 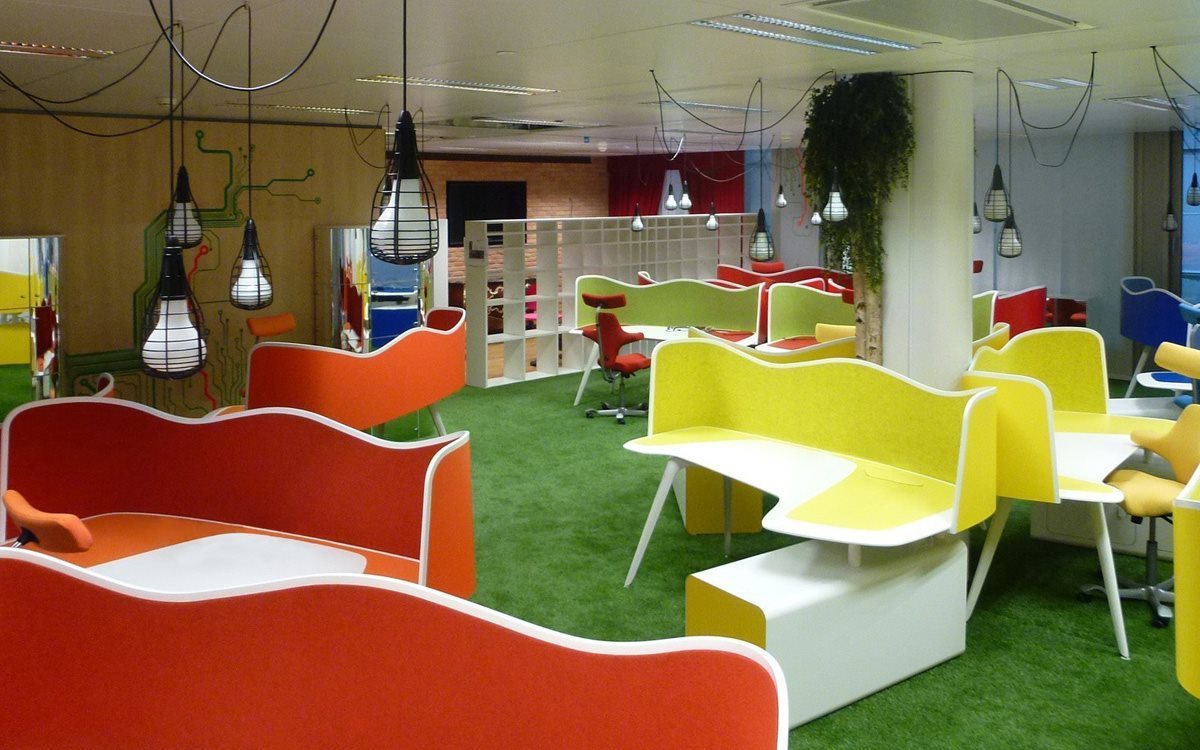 Tecno played a key role in the renovation of the consumer engagement department at Philip Morris's global headquarters in Lausanne.