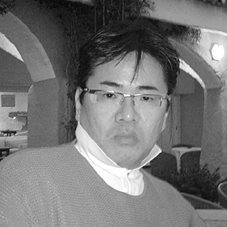 Japanese architect "conceptual son" of Kenzo Tange, Shigeru Iwakiri started to work with Tecno in 2004, designing the interiors for Toyota Headquarter in Rome and for the 240 Toyota agencies spread around Italy.

Architect Shigeru Iwakiri was born in Tokyo on 13 July 1962. He studied at the Tokyo Musashino Art University, Japan, graduating with a Degree in Architecture in 1986.  He received a scholarship from the Italian Government at the IUAV, Venice from 1988 to 1990.

After 15 years cooperating with Kenzo Tange Associates Japan, 5 of which were as Head designer and 6 as Head of the European office, he settled in Italy definitively to begin his professional career. In 2002 he founded the Team Iwakiri Rome/Milan and in 2003, Team Iwakiri in Tokyo.

His work mainly centres around architectural planning, interior design and product design, with his main clients being the Toyota Motor Corporation in Japan, Italy, Russia, the Czech Republic and China, Nomura International, Lamaro Tenders and the municipalities of Jesolo and Acqui Terme.

Among the works he is currently carrying out are the restructuring of the entire network of Toyota and Lexus dealers, assistance centres and body shops in Italy, the realization of a series of Toyota dealerships in China, consultation for Toyota Home in Japan, the design for a series of residences for the elderly Orix Realestate in Japan, the realization of the interior design for the VIP Toyota Club guest complex in Japan, the new Toyota Headquarters in Russia and the Czech Republic and the new Nomura International Head office in London.

- Planning and supervision of the realization of a network of Toyota dealers in Italy, of a total number of 320.

- Planning and supervision of the realization of a network of Lexus dealers in Italy, of a total number of 40.

- Planning and supervision of the realization of a network of Toyota and Lexus Authorized Assistance Centres in Italy, of a total number of 110.

- Planning and supervision of the realization of a network of Toyota and Lexus Direct and Fiduciary Body shops in Italy, of a total number of 100.

- Design of a prototype for a series of 140 dealers GTMC Toyota China. With regard to the design the construction of the first dealership has already been realized.

- Advisor to the Technical and Administrative Office, Town Planning Sector of the Municipality of Jesolo

- Project in association with Tange Associates for the up-dating of the feasability study relating to the upgrading of the Spa Complex, “Zona Bagni”.

- Project in association with Tange Associates for the new museum in the ex Carducci School in Jesolo.

2006 - Architectural project for a commercial complex in Akasaka. Tokyo, Japan.

- Design and advice for 50 complexes for rest homes for the elderly “Assisted Nursing”. Each complex includes 100 living units. Japan

- Work carried out for the planning of various kinds of prefabricated houses of a high quality, modular metallic in structure. Japan.

2002-2003 - Planning and supervision of the realization of the new head office of TMC Toyota Motor Corporation for Interior Design. Toyota City,Japan

2002 - Plan for the upgrading of the “Ex Cesare Battisti Barracks and Bagni Acqui Terme” zones, Italy.

1997 – 2002 - Building for the offices and various services for the Emilia Romagna Region. Managerial Centre Bologna Show.